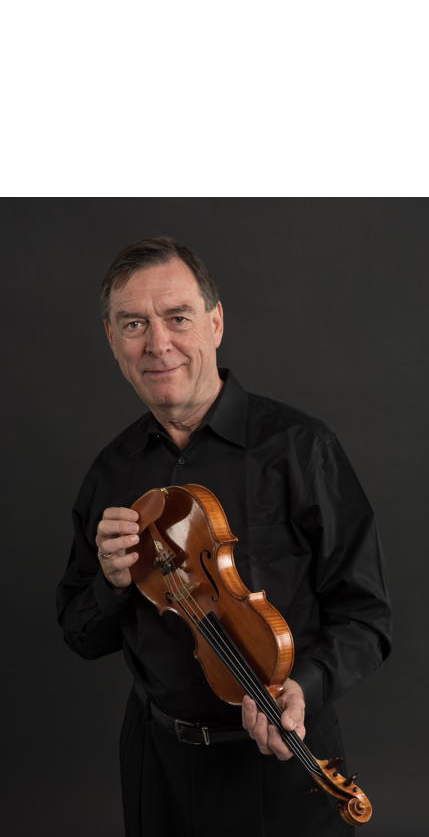 Lecturer in Music - Violin and Viola

When Roy Malan relinquished his position as concertmaster of the San Francisco Ballet Orchestra, his forty year first-chair tenure with the orchestra set a record for any major orchestra countrywide.

During the SFB's season Malan was heard in the opera house every evening (or on tour around the world) in the grand ballet violin solos of the literature, which included most of the major concertos. Herb Caen reported that these solos alone were worth the price of admission. Colleagues have described Malan as the last of the romantics whose sound alone identifies him.

His training at the Curtis Institute of Music with  Efrem Zimbalist (product of the fabled Leopold Auer's virtuoso stable in St. Petersburg) and at Juilliard where along with classmates Itzhak Perlman and Pinchas Zuckerman he studied under the 20th century's star-producer Ivan Galamian, has provided Malan with all the necessary wherewithal. Additional mentors include Jascha Heifetz, Yehudi Menuhin and Oscar Shumsky.

As a teacher Malan has placed students in most of the Bay Area's orchestras and professional  chamber groups. He founded and has for forty-four years directed a thriving summer chamber music festival with pianist Robin Sutherland in Telluride, Colorado. In addition he is the author of an acclaimed biography of Efrem Zimbalist, who bequeathed Malan his choice collection of nineteenth century French bows. Quite a collector himself, Malan specializes in art pottery, Chinese Sung Dyansty porcelain, and California Impressionaist paintings of the last century.

Pedagogical philosophy: acquisition of the technique, tone, and general musical culture essential for performing the Classical, Romantic, contemporary, and virtuosic basics of the repertoire; cultivation of the sensitivity and discipline essential for chamber music playing.