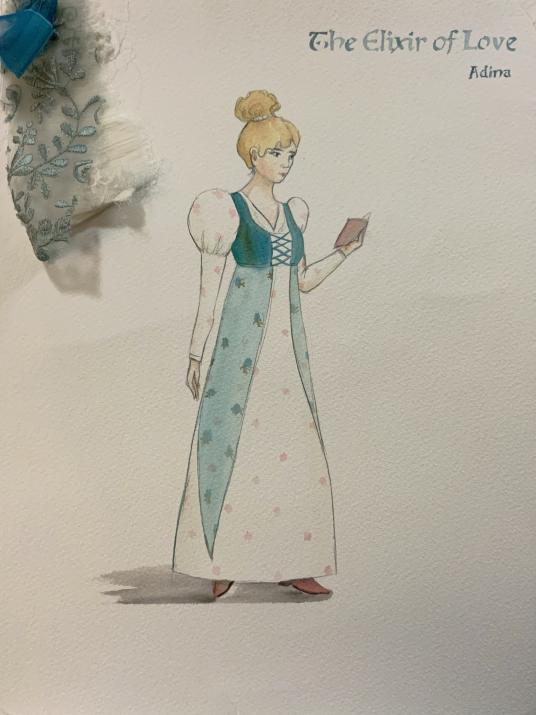 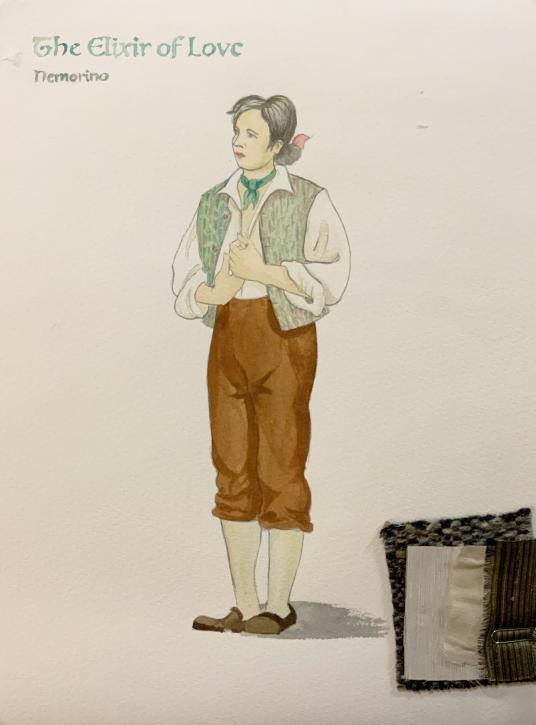 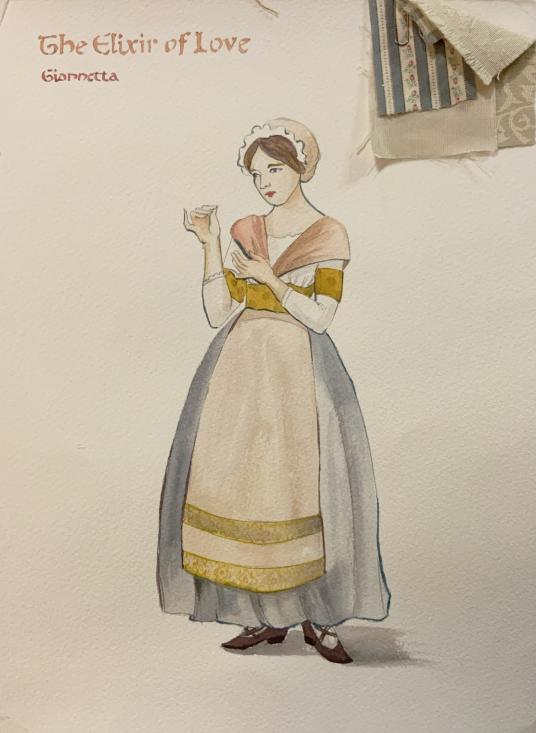 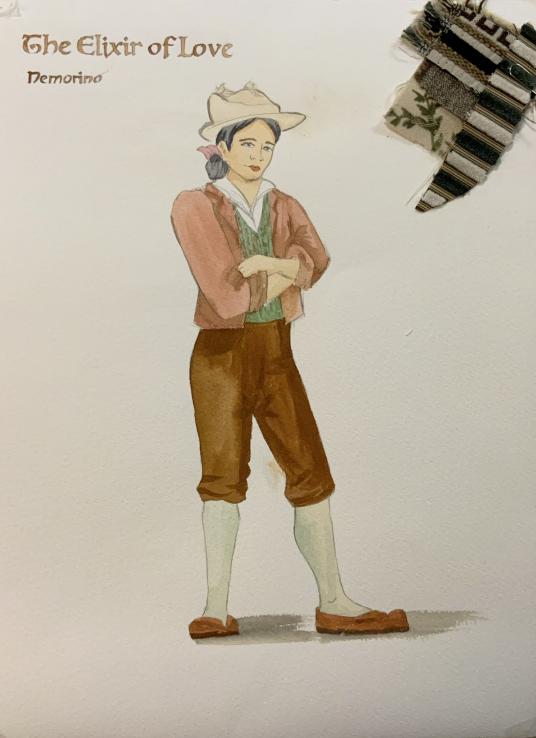 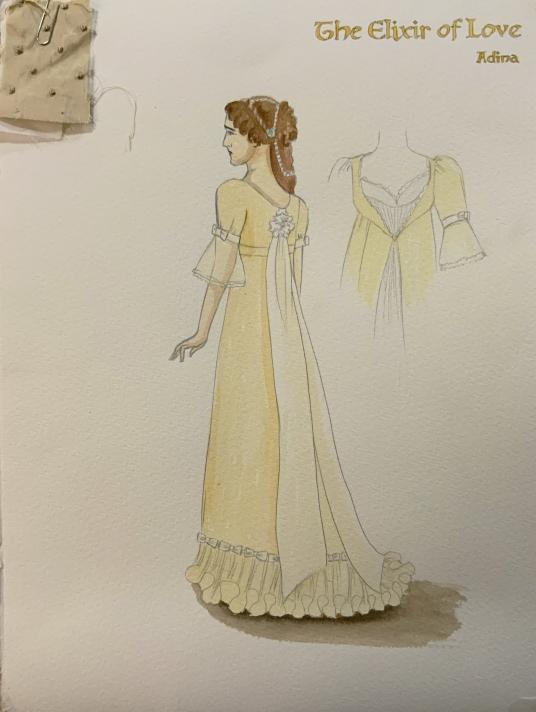 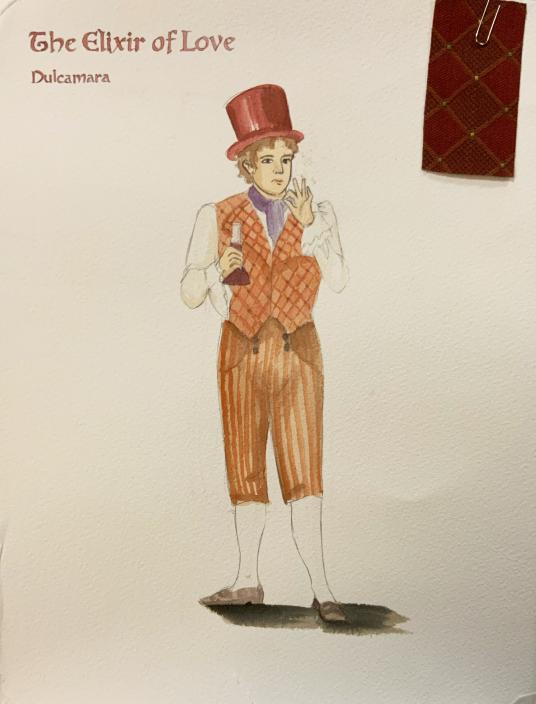 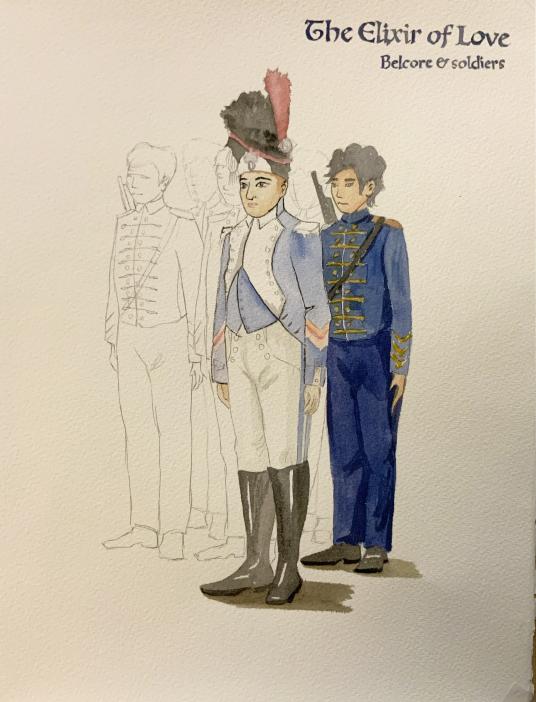 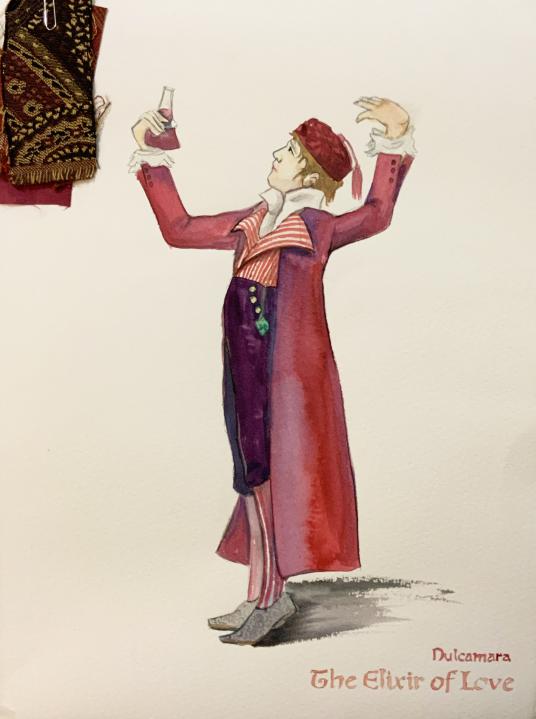 Originally, our set designer drew plans for a Tuscan village square complete with a functional fountain to be built on the Recital Hall stage.

Ge Jia, graduate student at Academy of Arts University, designed mid 19th century period costumes for this production. Much of the work on these costumes was already complete in preparation for would-have-been spring 2020 production when we suddenly went remote due to Covid-19.

I was in the midst of a pandemic summer of outdoor outings with my kids around the coastal and agricultural areas north of Santa Cruz when it became clear that we would not be simply postponing a staged production, but would have to recreate a new setting for a film version. On a trip to Wilder Ranch, I started to imagine creating a film using the original farm buildings there as the backdrop. In doing a bit more research, I discovered that the Wilder Ranch dairy was part of a sweeping area of ranch land owned in the 1830s by three sisters - daughters of Jose Joaquin Castro. As our main character, Adina, is a wealthy landowner, it was not a leap to imagine Adina as a California ranch owner.

Our film version is set in coastal ranch land in Santa Cruz County which was farmed throughout the latter half of the 19th century by various European immigrants.

L’elisir d’amore premiered in Milan in 1832 - music by Gaetano Donizetti on a libretto by Felice Romani. Our film version is set in coastal ranch land in Santa Cruz County which was farmed throughout the latter half of the 19th century by various European immigrants, many of them having immigrated from what is now northern Italy or Italian-speaking Switzerland. Due to complications with filming at Wilder Ranch, we filmed Adina’s farm in front of the Mocettini dairy barn which was part of a string of dairies on the coast in the late 1800’s which primarily produced cheese. The arrival of Dulcamara takes place at Roaring Camp Railroad in Felton, where the area’s first railroad began operation in 1875.

The wedding scene at the beginning of Act II is set at the UCSC Arboretum, which we are to believe was Adina’s extensive garden.

Much of the planning for this film took place while my family was temporarily displaced by the August, 2020 CZU fires. It seems especially important to take into account the ecological and environmental impacts of agricultural practices and subsequent land management with the backdrop of such a calamitous fire event and increasing pressures on our warming planet. Opera is always an opportunity for research and sometimes in surprising areas. I encourage readers to explore the links below to learn about the 10,000 years of human activity along Santa Cruz county’s north coast.

For information about the history of north coast indigenous peoples, visit

For more information about the University of California Santa Cruz Arboretum, visit

For more information on the history of Roaring Camp Railroads, visit https://www.roaringcamp.com/historical-facts

For information about agricultural and cultural history of Santa Cruz’s north coast, visit

For information about the history of Wilder Ranch, visit

For in depth information about the history of north coast land use, see

For in depth information on the history of Swanton Pacific Ranch and its surroundings, see 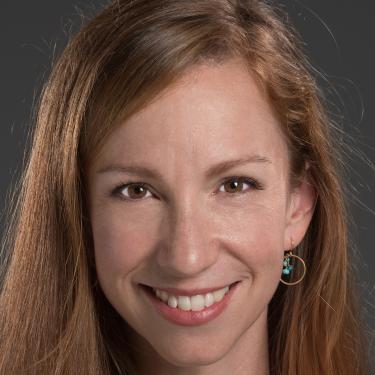 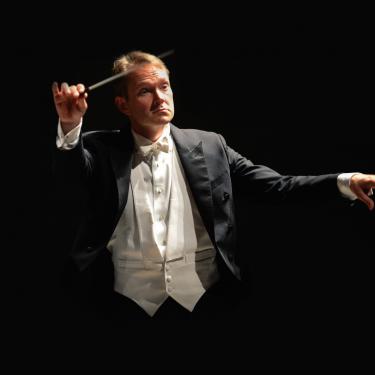 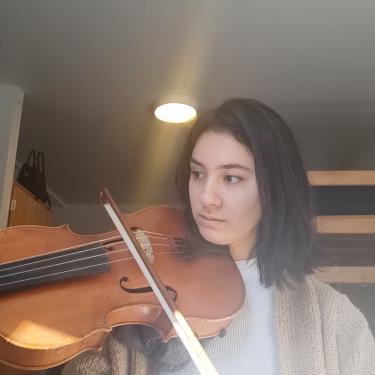 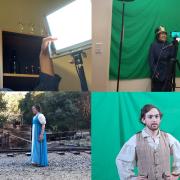 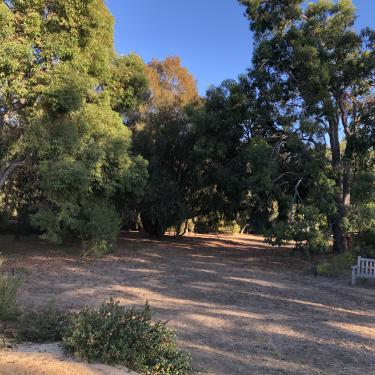 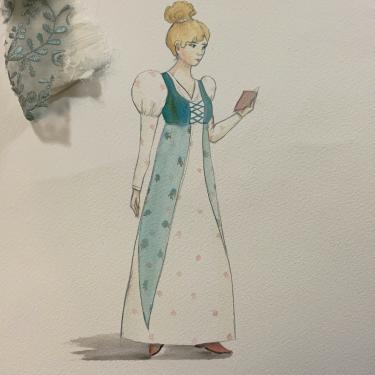 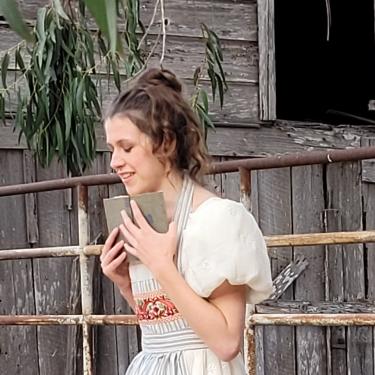 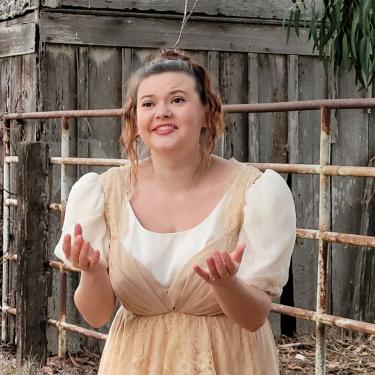 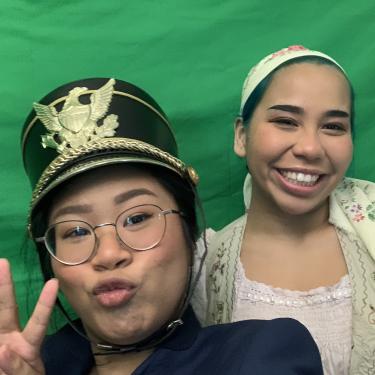 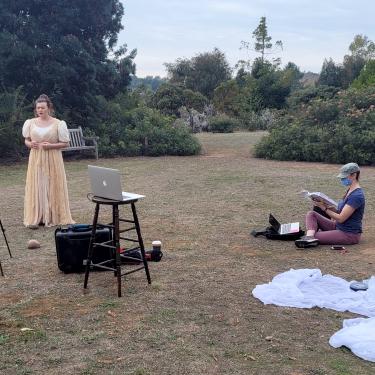